Favly is a social referral app that relies on personal referrals from users’ own networks, rather than star ratings and reviews.

When I stepped in, the iOS app was already underway but:

Along with founders, the key stakeholder was the marketing director. I collaborated with him on strategy, and led a senior and junior designer. I coordinated directly with the dev team to drive the project forward with the least possible friction.

Our iOS version of the app was far enough along that we could use it as a user-testable prototype, with the plan to leapfrog improvements between the two mobile platforms based on user feedback.

Tight on resources, I designed a simple base email template and commandeered wall space to map and track all notifications. The marketing director and I co-planned, co-wrote, and co-strategized every piece with the intent to maximize the potential of these touchpoints for:

For iOS, I worked with the senior designer to iterate UX and UI improvements, as well as promised features, steering the product away from its initial ultra-customized interface and catering more to iOS-native design.

In contrast to the approach that had been taken for the iOS version of the app, we chose to design for as Android-native an experience as possible, closely following material design and material.io guidelines and best practices, so that we could focus development resources on improving current features and introducing promised new ones.

Of the three platforms, we tackled the web app last. I pushed to balance consistency to the mobile app experience with the opportunity to offer features that would take full advantage of the platform.

For more details about my identity and brand design work for this company, see Favly, Inc. Brand.

The Camp Forever brand is a new project from Tamara Muro, founder of Velvet, the award winning New Orleans espresso bars and vintage trailer pop-up shops. Inspired by a three-month unplugged stint in the Southwest, she conceived the new business name, as well as the brand-defining statement, your tribe is your home, and got in touch to discuss the visuals, including logo and ecommerce site.

We decided to use Shopify, which is theme-based. Tamara agreed to my recommendation of a well-built and feature rich theme, which allowed the team to quickly become self-reliant, but still left plenty of room for code-level customization of the design.

The ModelMayhem Shop taps a range of commerce partnerships, offering products that are relevant to the industry, as well as specifically to the MM community. These include:

I’ve done extensive UI/UX work for features throughout the ModelMayhem website, including a completely new subsite, Modelmayhem EDU. Contact me for project details. 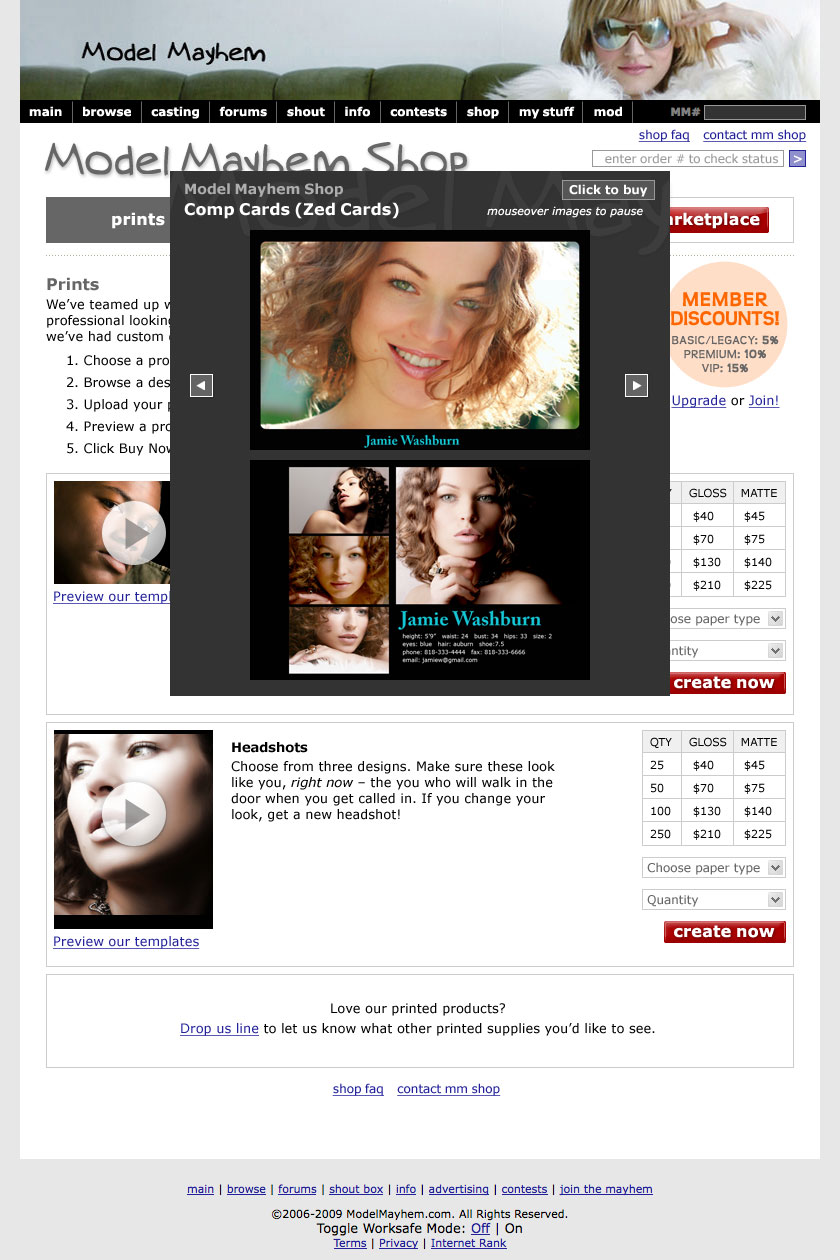 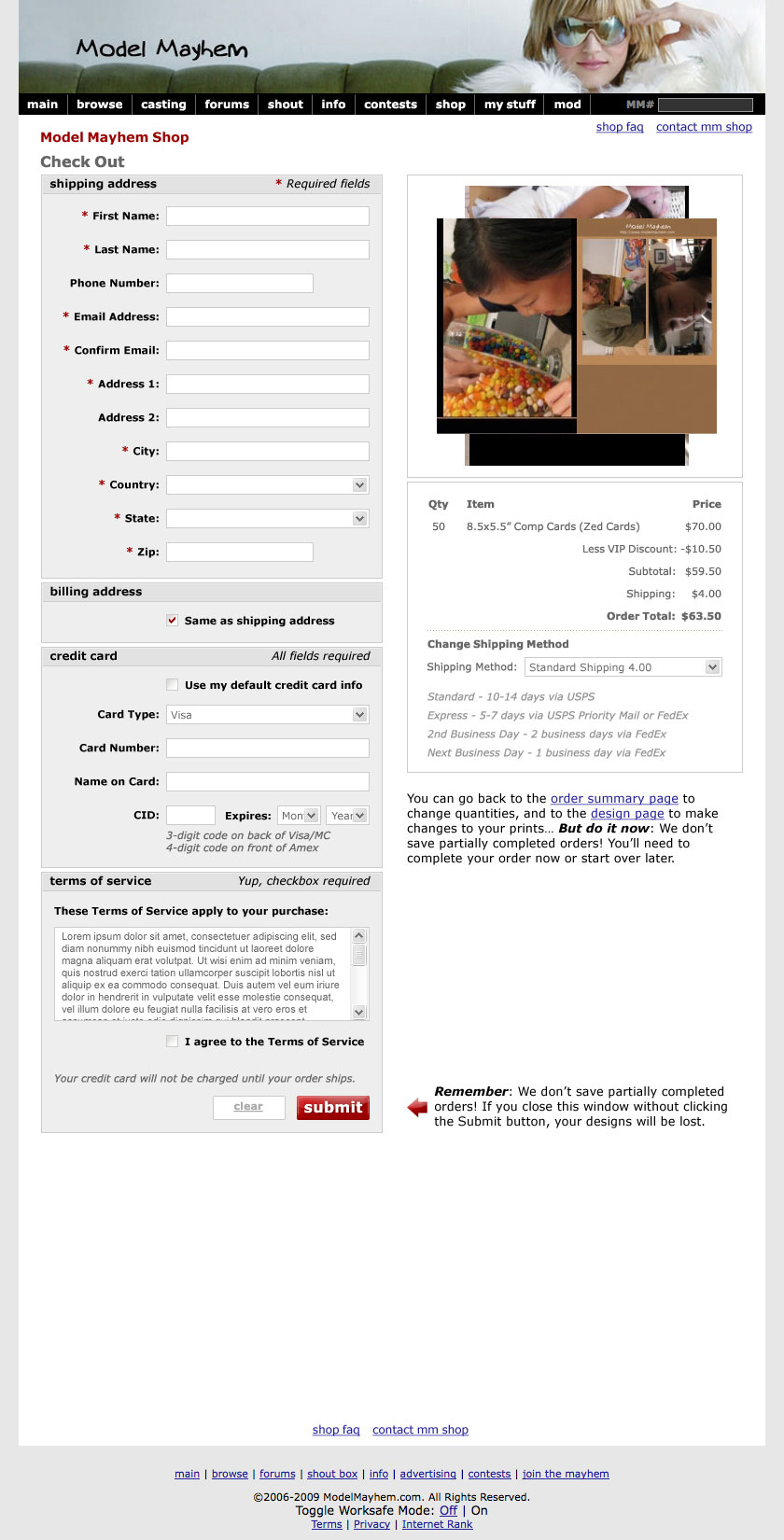 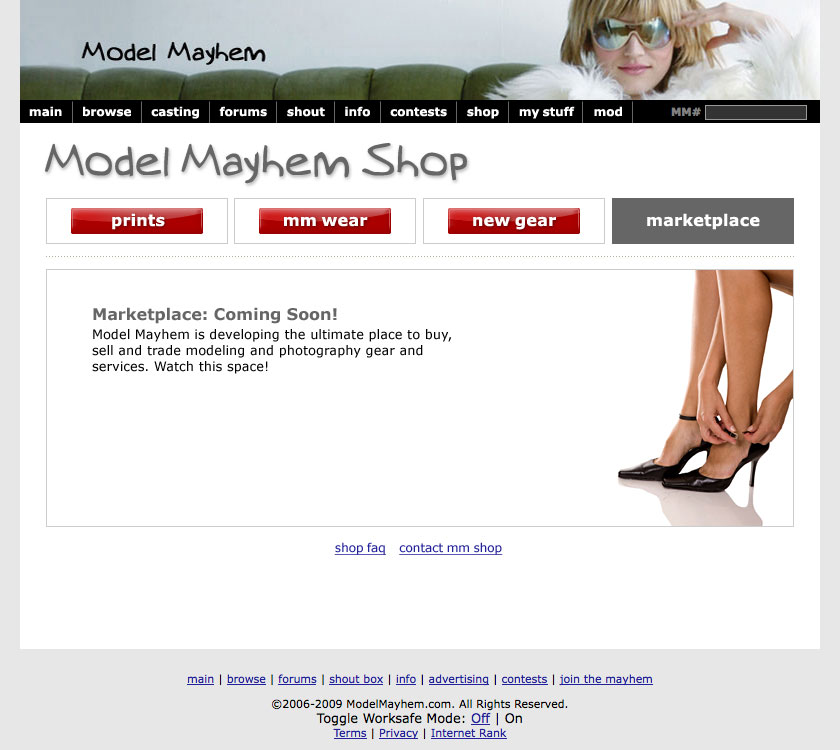